Due to COVID-19, our previous College Tour events had to be placed on hold until this pandemic was under control. As we waved goodbye to all of our collegiate events booked for the year, we had to find a way to support the collegiate esport scene.

8 teams of beans. In total, 24 beans; and only 4 beans were left standing for that podium finish. We can’t forget about Big Yeetus – swinging for the fences to knock out some of those beans!

Huge applause to all teams:

The Collegiate Knockout Tournament was an open tournament to any esport program associated with their school as a first come first serve basis so there would be no bias towards any schools. To join, the first step was to join our Discord, obtain the collegiate role, and read through the rules to ensure all participants were legitimate and associated with their respective schools. Everyone was verified through their .edu email. (If you would like to be in on any of our next events, be sure to join our discord and ask our mods for the collegiate role. )

Our rules for the tournament were as follows:

EIGHT (8) teams of FOUR (4) players play THREE (3) Main Show Series (hereafter “gameshow”) of Fall Guys. Earn points based on the number of players who qualify in each round. The quickest a gameshow has ever ended is in Round 2. The longest a gameshow can last is up to Round 6.

A collegiate team is completely eliminated from a gameshow if no team members are left to represent the team in a round. Each collegiate team gains a higher ranking based on their final additive point standings over all three gameshows.

Each collegiate team will dedicate one administrative person (“team admin”) per team to record and report scores and/or coach/spectate the games played from their collegiate team.

Per Round Point Structure

*In the event that two players on the same team obtain the crown in a single gameshow, only one crown will be awarded to the team (max. 30 Points). 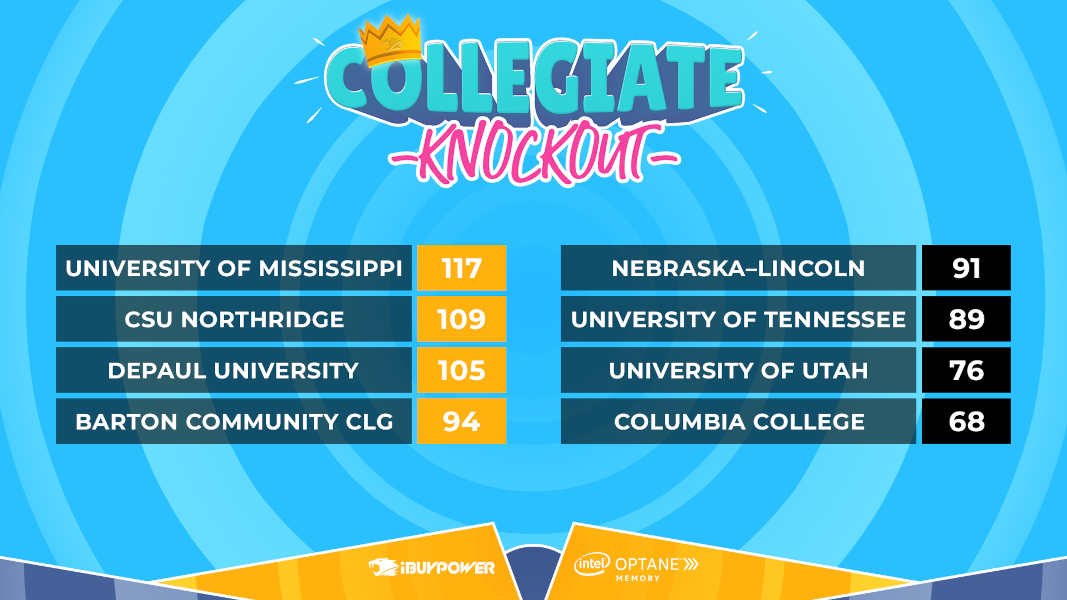 Within the first week, we’d seen some real gamers come out to dominate the standings. Ole Miss Esports came out ahead for week 1, while CSUN ESports came in 2nd place. Only four points behind, DePaul Esports came in 3rd, and the last slot to qualify for week 2 was Barton Esports. 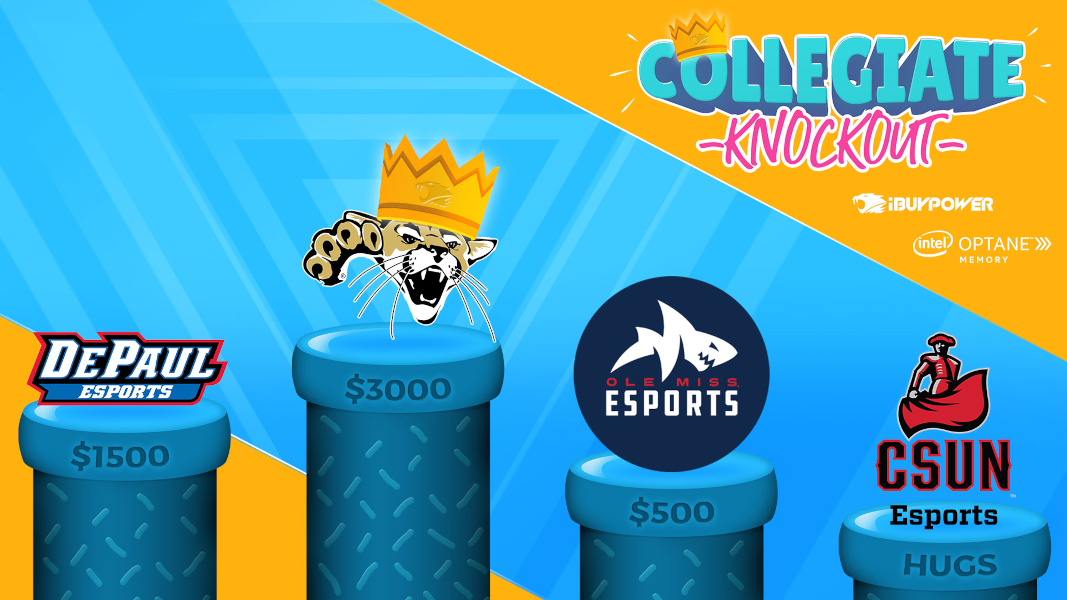 In week 2, we saw a huge turnaround from Barton Esports and DePaul Esports from week 1; they put their new bean suits on and dove headfirst to grab those crowns. With those beans falling and grabbing, Barton Esports was able to dodge the Big Yeetus and claim the first place podium finish. That got them a $3000 prize pool for their players! DePaul Esports came in a close second, and Ole Miss Esports finished off in 3rd.

We still want to give CSUN Esports a huge shoutout and some hugs (of course virtual hugs, but hugs no doubt), as they were 1 point away from a podium finish. 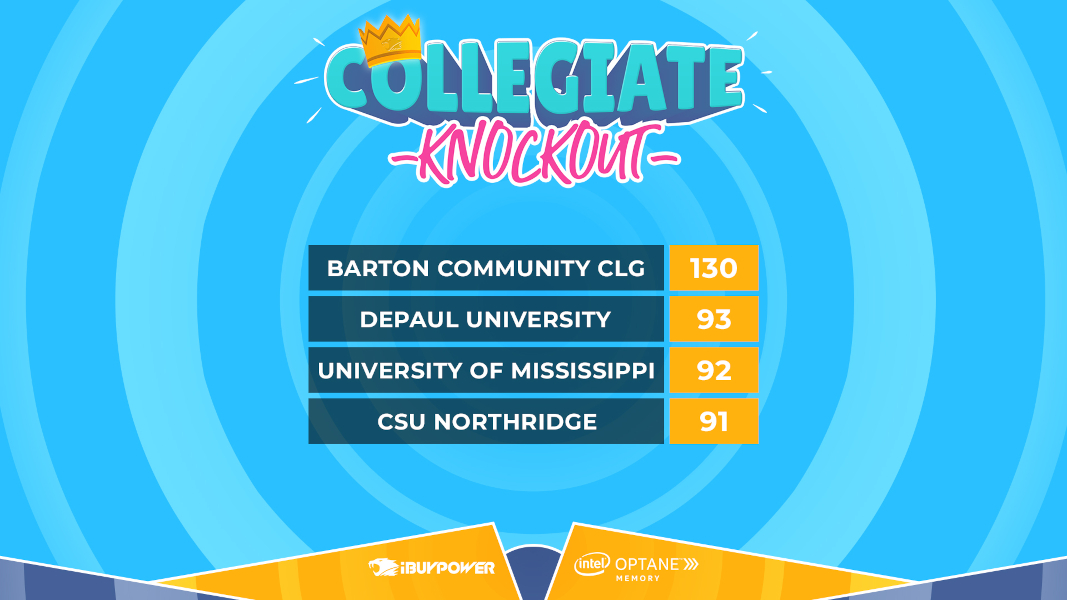 GG WP everyone, and see you at our next event!

Prime Day Sales You Don’t Want To Miss Out On

Amazon Prime Day Sales are Upon Us...
Read More

What is Anime Expo? Anime Expo, or AX,...
Read More

iBUYPOWER is here with Infinite All...
Read More

iBUYPOWER comes back to esports this...
Read More

Adopting Excellence with Intel® and iBUYPOWER

Battlefield 2042 is finally out and iBUYPOWER wraps up 2021 with the next leg of our Fight Night tournaments. FN 2042 Series Powered by WD_BLACK takes the next two weekends and features up to 64 teams all fighting for a $2000+ prize pool. Which squadron will come out on top?

iBUYPOWER is bringing back North American CS:GO esports with Mythic Masters, a $50,000 invitational powered by Intel and in partnership with Mythic League.

Want a sneak peek at our Black Friday...
Read More

How To Fix a Computer That Won’t Turn On

Finding out that your gaming pc won't turn on is a super frustrating situation to come home to....

END_OF_DOCUMENT_TOKEN_TO_BE_REPLACED

3 Steps For Controlling Your RGB Lighting On Your PC

Adding RGB to your set-up is super exciting, but it can easily become a pain in your rear when...

END_OF_DOCUMENT_TOKEN_TO_BE_REPLACED

What’s Inside my New iBUYPOWER Gaming PC After hours of research and planning, you finally decided...